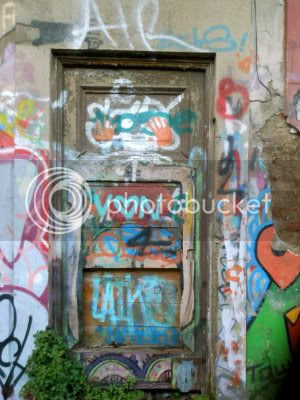 Guess we can huddle the way strangers huddle,
Close, but never close enough.
We’ll chew on fruits that never satisfy,
And theorize that desire must have hints of citrus in it.
You will busy yourself making beasts of
Copper and acai seeds,
Spinning and twisting them
Between fingers that can never be still
And I will busy myself thinking of words
That struggle to take shape,
Spinning and twisting them
Til they make beasts out of me.
Guess we can stare the way strangers stare,
Hard, but never prying.
You have cheekbones that are high and etched of sandstone,
And when you smile it is sundrenched.
But here’s where you look most at home,
Starving beneath the light of a streetlamp and scrounging for a smoke.
‘I have seen Venus!’ you say. ‘She sweats when she hikes up the cerros and the side-street murals remind her that her shrines have been defaced.’
‘I have seen Van Gogh!’ I say. ‘He cut off his ear so that he could hear
the exhales of butterflies, he wants to know what they cry out before they die.”
When my hands fall beneath your gaze
They cease to be insatiable and become things worthy of creation:
Stop for a moment and I will make you something
Yes, a poem you will never read, but oh.
We shall drink the night in, the way strangers do
Untainted by a past or future,
Reveling in our skyline,
In our fragile collaboration
That has neither beginning nor ending.
We huddle, two well-kept secrets in each others’ arms.
Posted by ayamayapapaya at 12:53 AM No comments: